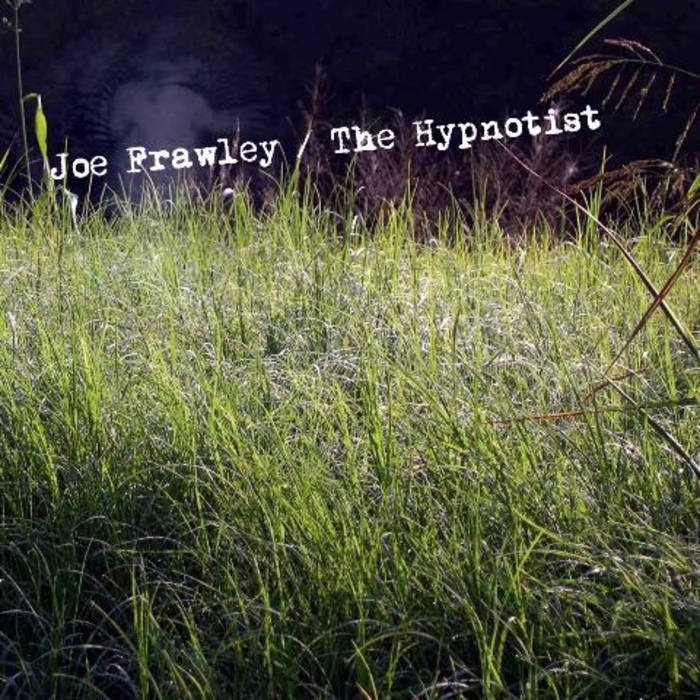 Notes on The Hypnotist:
This work was conceived of as the soundtrack to an invisible film in which the central analogy is between a visitor to an unfamiliar city and a therapist exploring the mind of a patient through hypnotic techniques. The "film" is an abstract construction, designed to stimulate the imagination by way of suggestion, rather than clearly outlining characters, plot, etc. My own interpretation, though there is great room for others, is that during the course of a hypnotic session, it is discovered, buried deep in memory, that a sort of crime has been committed- one with both erotic and supernatural overtones (or, if not a crime, then a deeply formative event, in which the image of grass and a mysterious pair of white gloves figure sharply). It also becomes unclear, to me, during the course of the work, whether the hypnotist him/herself is not in fact a party to the crime. I offer the previous only as a starting point, from which I hope more fertile imaginations will paint their own pictures, write their own stories. --JF December, 2007

Breathe in, breathe out …

This short collection of six tracks (plus a bonus remix of Frawley's earlier work "Wilhelmina's Dream") takes the listener on a slightly disturbing sonic journey. The work twists and turns in on itself, a tangle of internal and external references, circling in search of some buried "truth". [...] The title track, "The Hypnotist", is slightly sinister:

you're a beautiful girl, Maria …you lie down, face down in the grass, and you want to kiss him …

There's a girl breathing heavily. Or is she sobbing? Frawley is careful not to fill in all the gaps in the story. Like his mysterious hypnotist, he plays with the power of suggestion, layering fragments of speech and story on top of a recurring piano phrase. Meanwhile the voices break through the melodic surface, but no real "character" emerges, and I'm unsure who is being hypnotised. Is it me?

Technically adept, Frawley blurs traditional distinctions between music and found sounds. The keyboard fragments are as interesting for their timbre as for their melodies, while the composer's use of found sounds, particularly the melodic contours of speech, gives a heightened awareness of their musical qualities. With the constant refrain of tinkling piano, there's more than a hint of music box in here, but I"ve never heard such delicate melodies sound quite so eerie.

Breathe in … breathe out …