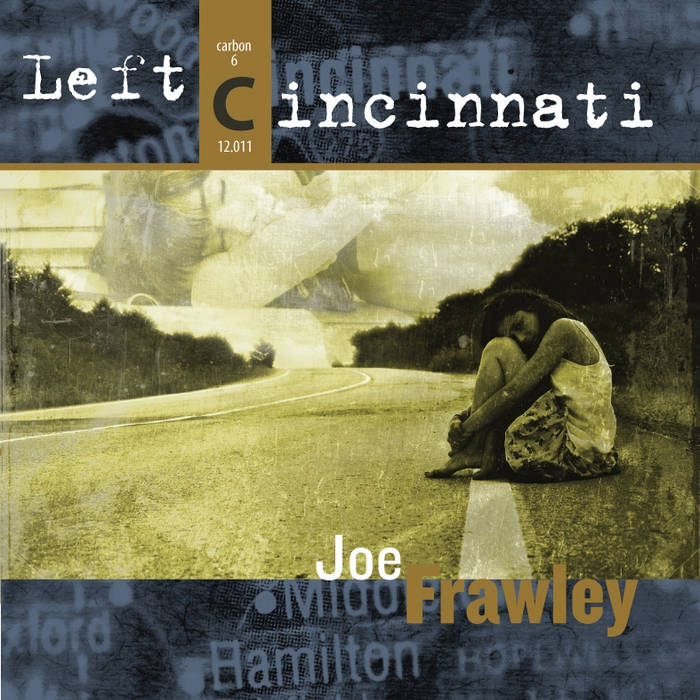 Leonard's Lair (May 28, 2010)
leonardslair.wordpress.com/2010/05/28/review-joe-frawley-left-cincinatti/
With a clever use of voice samples and piano melodies, Joe Frawley's music is often beautifully evocative. Frawley himself calls these pieces short stories but it's really up to the listener to interpret what tales are being told. Left Cincinatti is based on the memories and dreams of an identity-shifting female. Left Cincinatti uses a repeated refrain from a girl who "didn’t like high school" but the surrounding shimmer of noise drifting in and out of the speakers suggests all kinds of bad things happened to this young lady. "Secretary In Slowmo" cuts up phone tones and white noise. On "Vanishing Point" there’s an impression of a woman being suffocated, not necessarily in the literal sense but trapped in a cycle of life; the morbid piano melody only adding to the chilly, austere air. "The Girl On The Quay" contains mutterings of the "birds and the bees down by the sea" set to strings and seagull cries whilst at other times women giggle and sigh for reasons unknown. The messages in Left Cincinatti are all too vague to truly know what's going on but they're undeniably hypnotic. Moreover, Frawley's compositions have steadily taken on an increasingly darker hue and you wonder how far he will go next time around.

www.soundprojector.com (May, 2010)
www.thesoundprojector.com/2010/05/01/memory-cold-and-raw/
Left Cincinnatti (JOE FRAWLEY MUSIC JFM-CD08) is the new release from Joe Frawley, the Connecticut pianist and sound-collagist. Continuing preoccupations manifested most strongly on his last release Emperor Of Daffodils, this release is full of voices, taken from a variety of sources – cut-up voices, prepared texts read by actresses, sounds sourced from YouTube and dialect recordings, and so forth. Along with the shimmering and stirring electronic music, tape workings and nostalgic piano work, Frawley once again tells stories, building his fragmented and overlaid narratives out of fleeting moments, impressions and traces. For what it's worth, I seem to hear at least one narrative thread on here that is full of the sadness of a wasted life, thwarted ambitions and the tedium of a compromised job. The career girl who didn't like high school ends up working as a secretary in a soulless bureaucratic establishment, where the very ring of a telephone strikes a chord of existential despair. As is customary, all of this is woven together with Frawley's characteristic dream-like and ambiguous soft-focus manner, leaving a very open-ended yet incredibly dense text for the listener to revisit. Despair and loneliness are kept at arm's length via rich and beautiful art.

Ambient Blog (April, 2010)
www.vancooten.com/blog/?e=292
After exploring various diversions of his musical art-form, Left Cincinnati feels like a 'return to form' of the sounds Joe Frawley presented on his 2008 album The Hypnotist. The desolate piano sounds from the opening track "Plain Yellow Dress" immediately bring you to deserted playgrounds of your mind, with cutup fragments and almost ungraspable vocal samples. "Short stories for processed found sounds and piano, exploring the dreams and memories of an identity-shifting female protagonist". I guess that's an appropriate enough description for this album. The collected sounds on this album are closely related: they all share the strange, alienated impressions of memories of distant past, of travelling on and of leaving home. The soundscapes can sometimes also be quite unnerving, especially in the overtly sexual references of some fragments. I sometimes find these samples uncomfortable, almost embarrassing, to listen to, as if they present sound fragments I was not intended to hear. Since his first release (Wilhelmina's Dream, 2006) Joe Frawley definitely has developed an immediately recognisable, personal - and different - style - which I suggest you check out!