'It was as though he had melted into the walls of the city': Music for The Auster Project 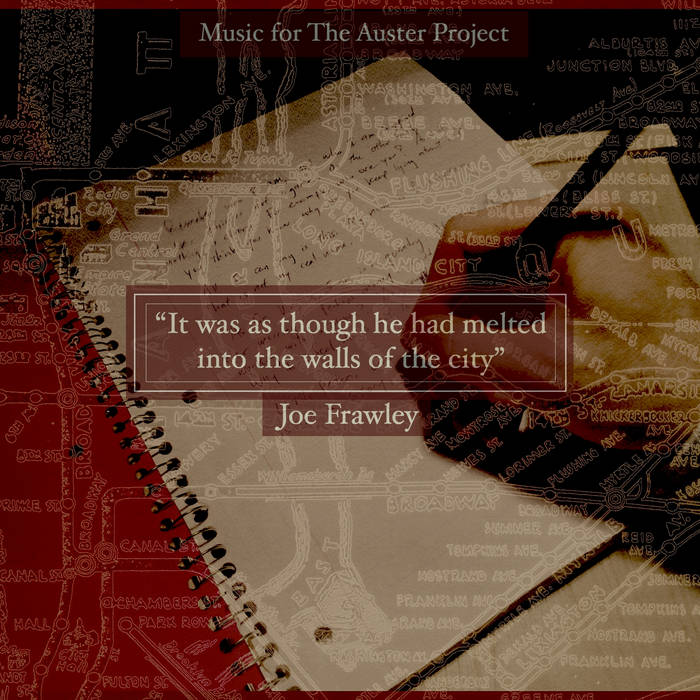 Commissioned as an exhibition soundtrack for the Paul Auster Project, University Iuav, Venice, 2017.

Subtly subversive and evocative. Dreams within dreams. A flurry of images, like polaroids scattered on a city sidewalk, "It was as though he had melted into the walls of the city" is a winding path of transient moments exploring the urban structures, urban space, personal memory and mystery inspired by Paul Auster’s classic avant-pop novella, “City of Glass” (1985). The music unfolds across a wide spectrum of textures: piano, found sounds, marimba, harmonica, voices, guitar and electronic effects.


Field recordings by Joe Frawley, with the following exceptions.